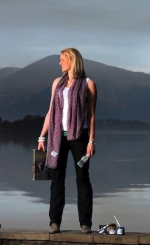 Memory is still-life art in the making – the concept at the heart of Rosanne's Barr's work. In a word, flashback. 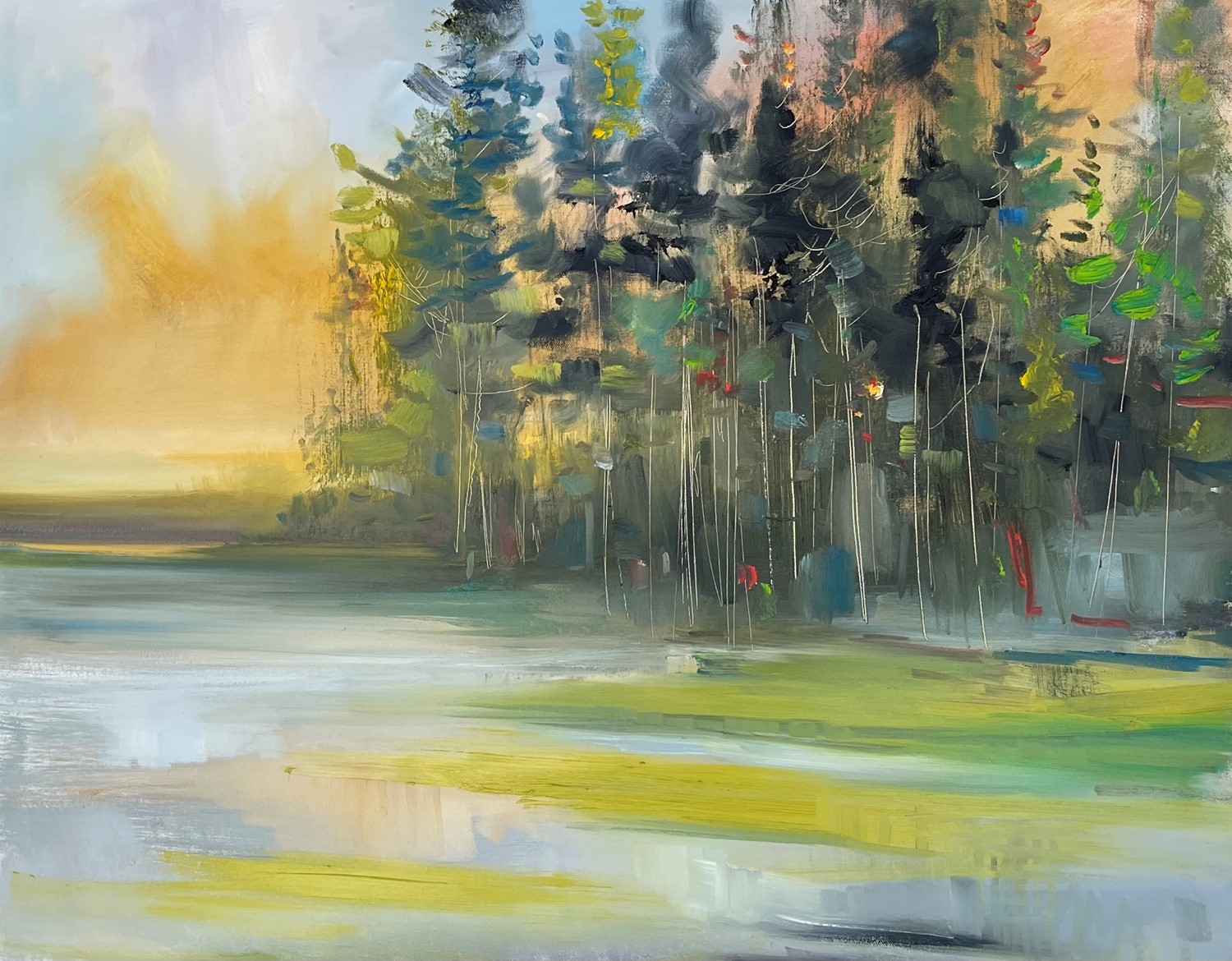 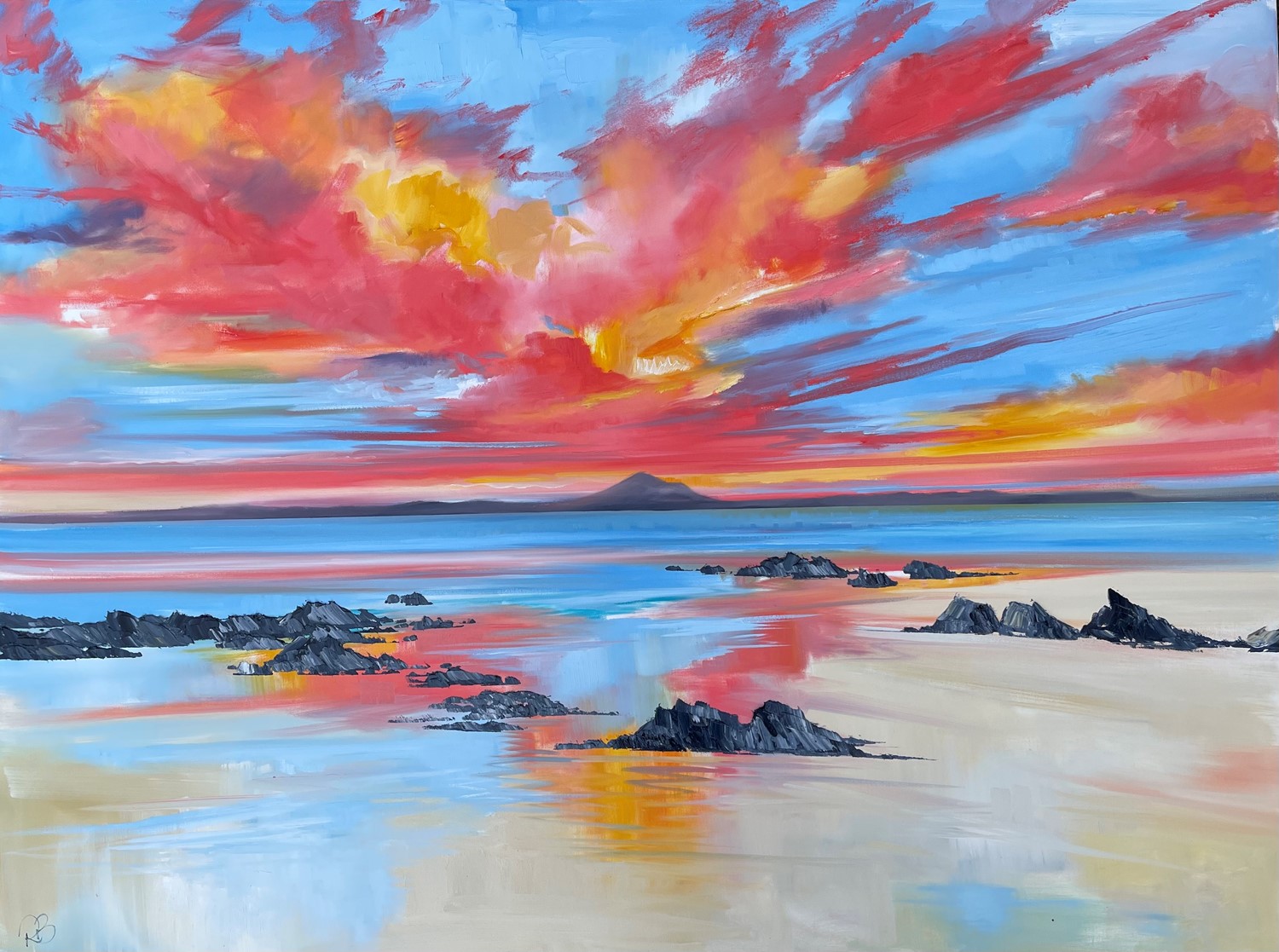 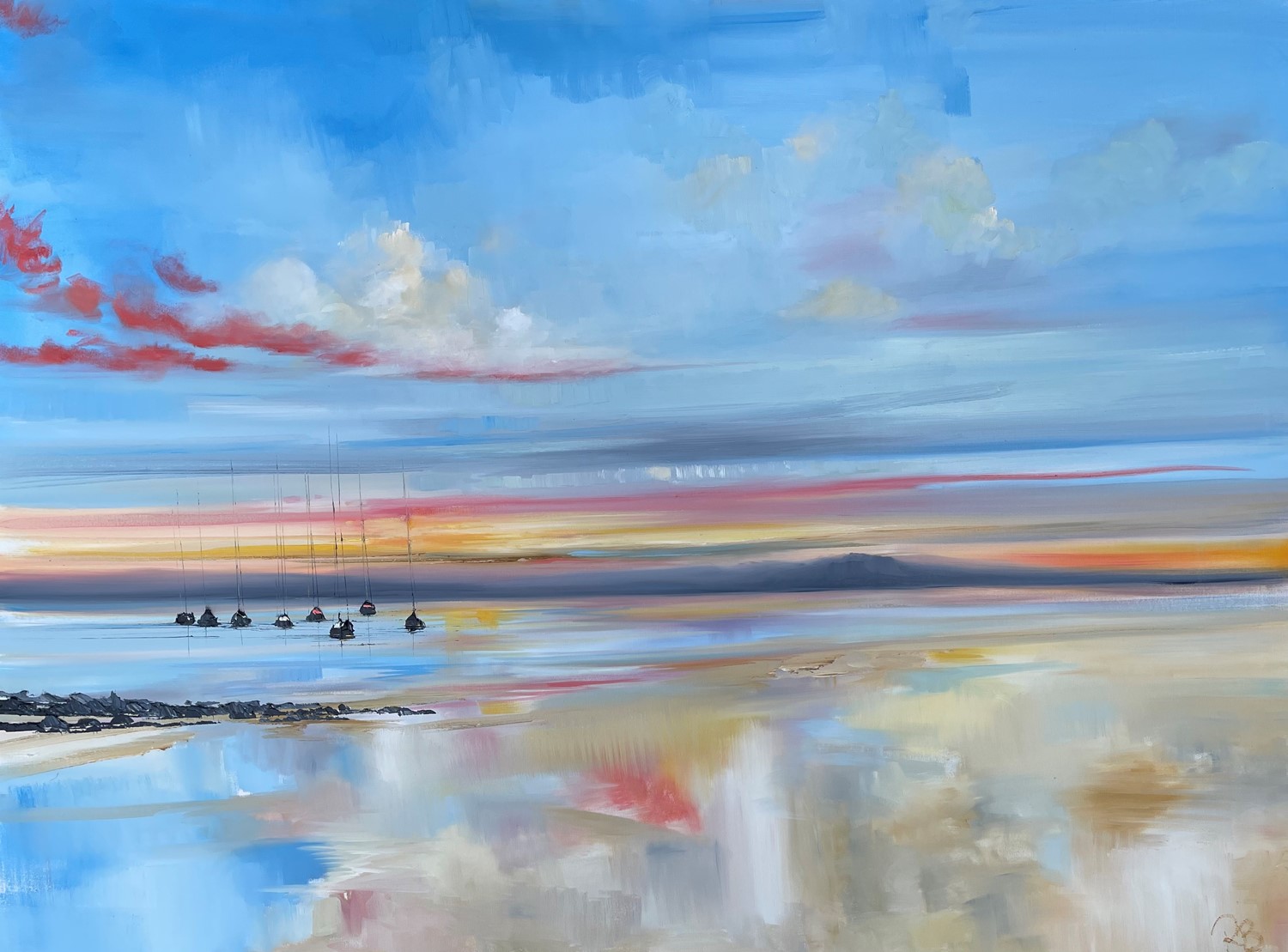 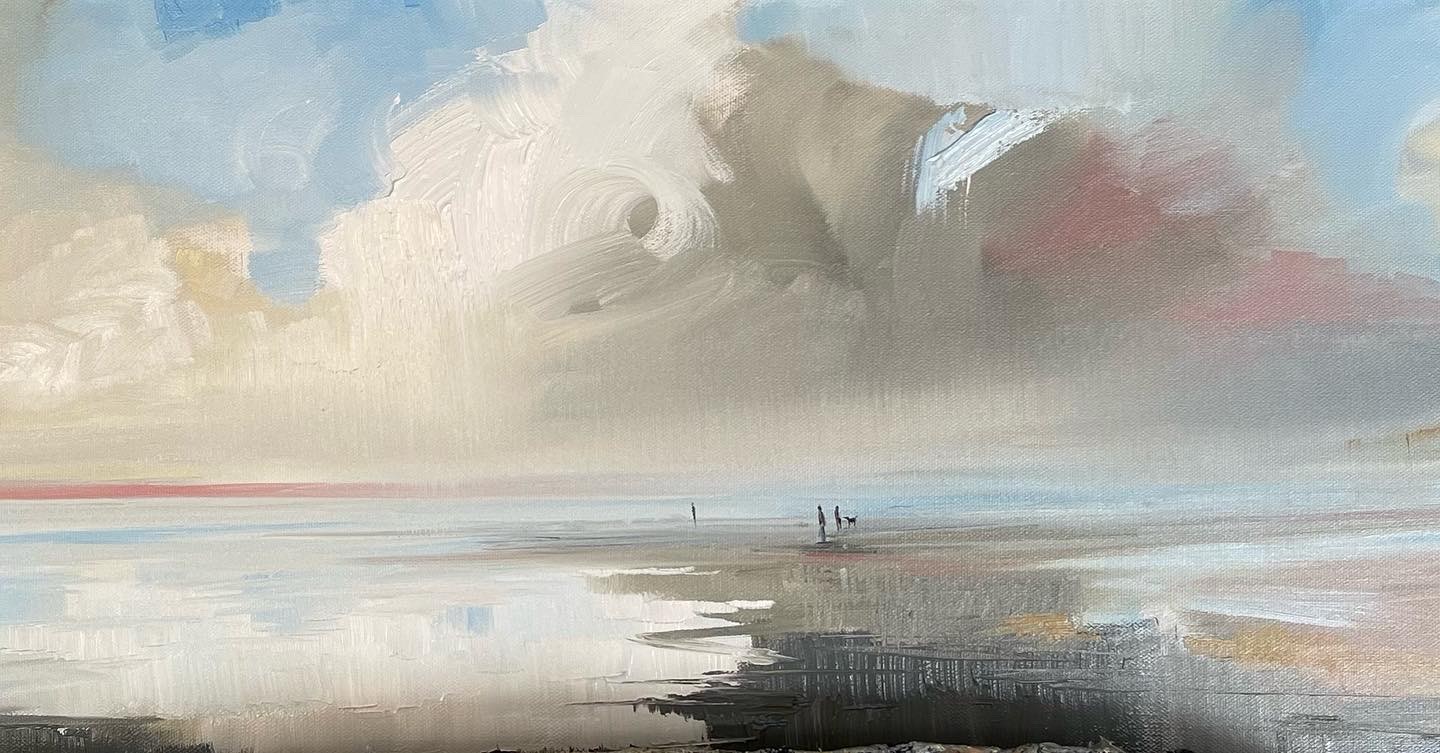 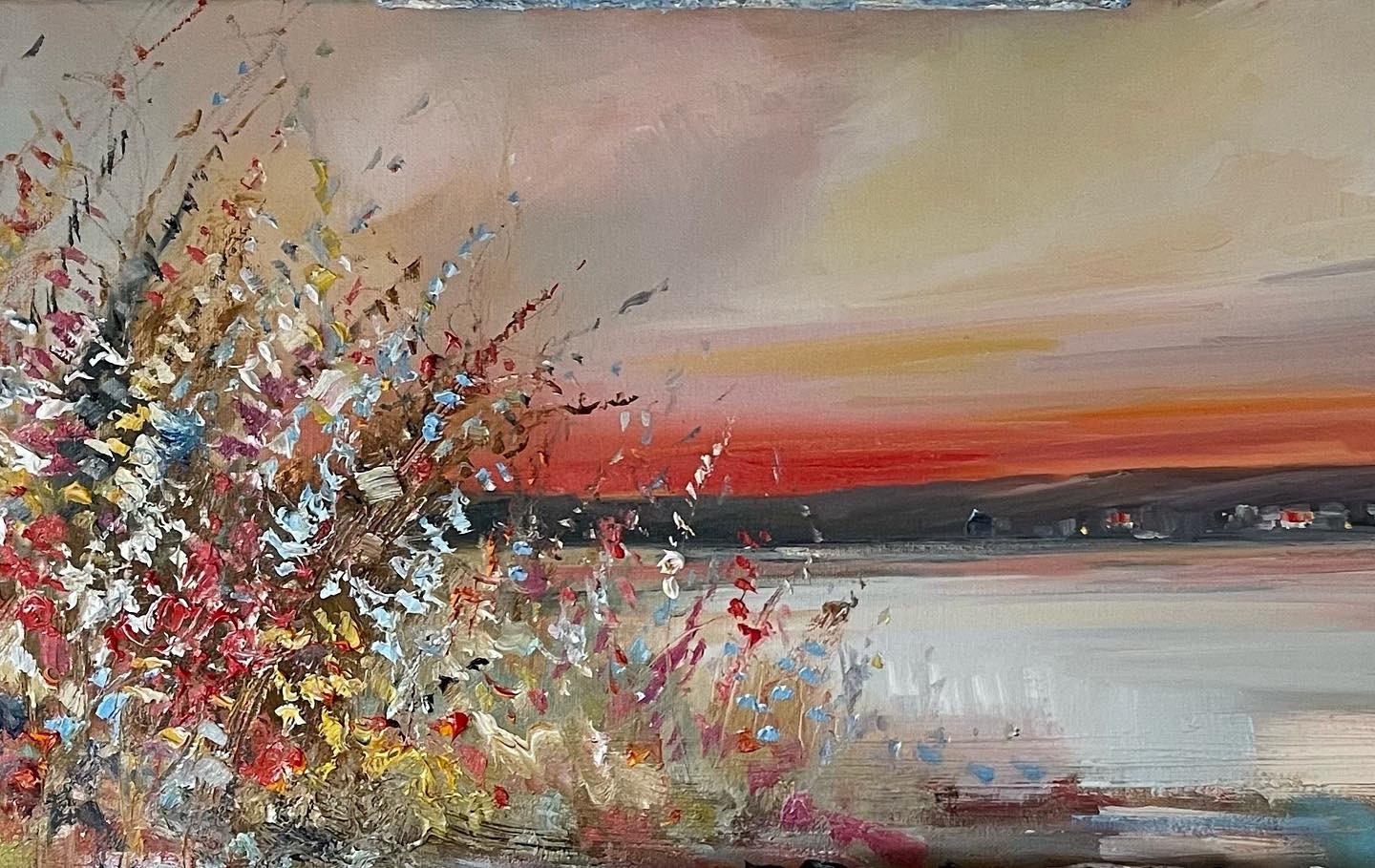 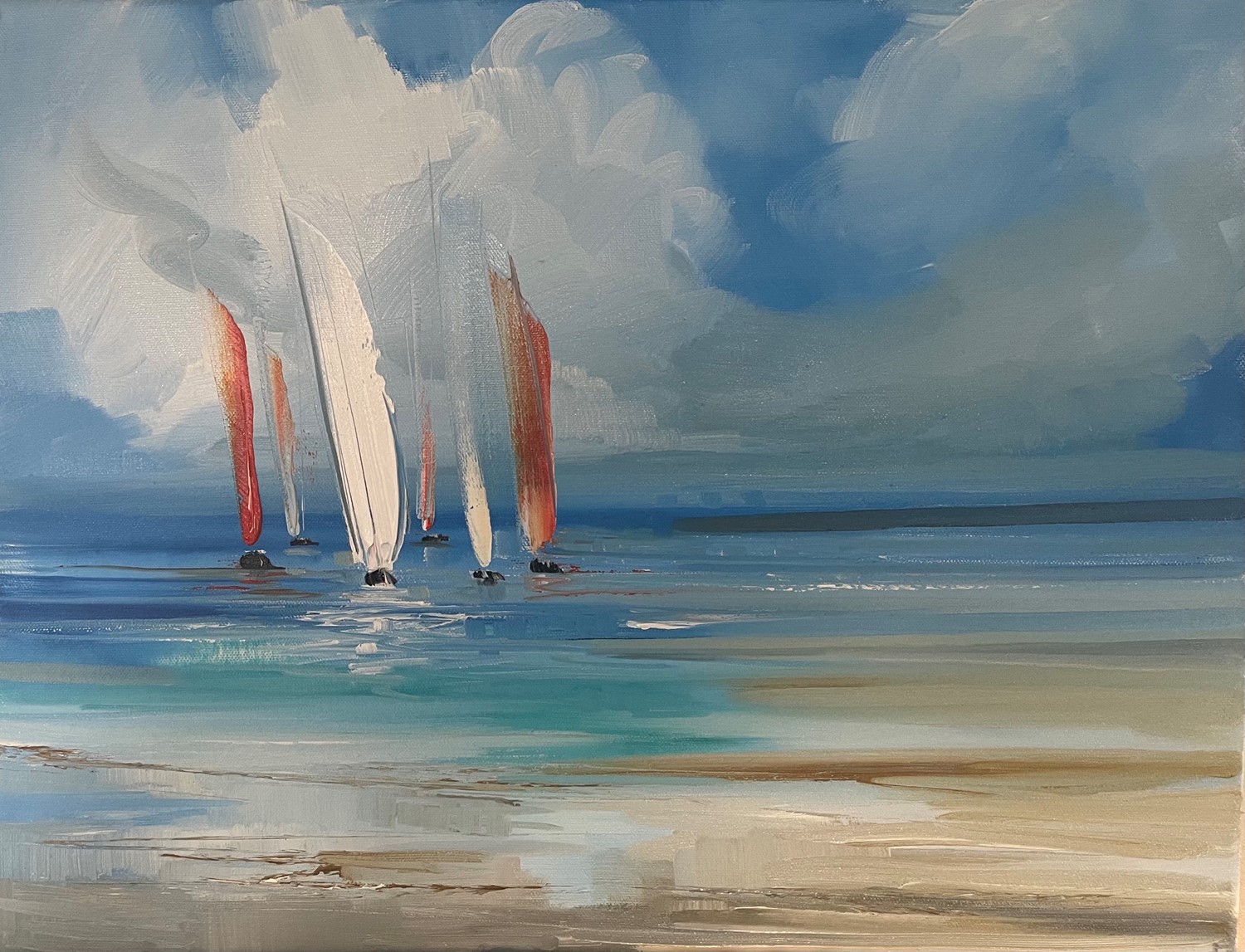 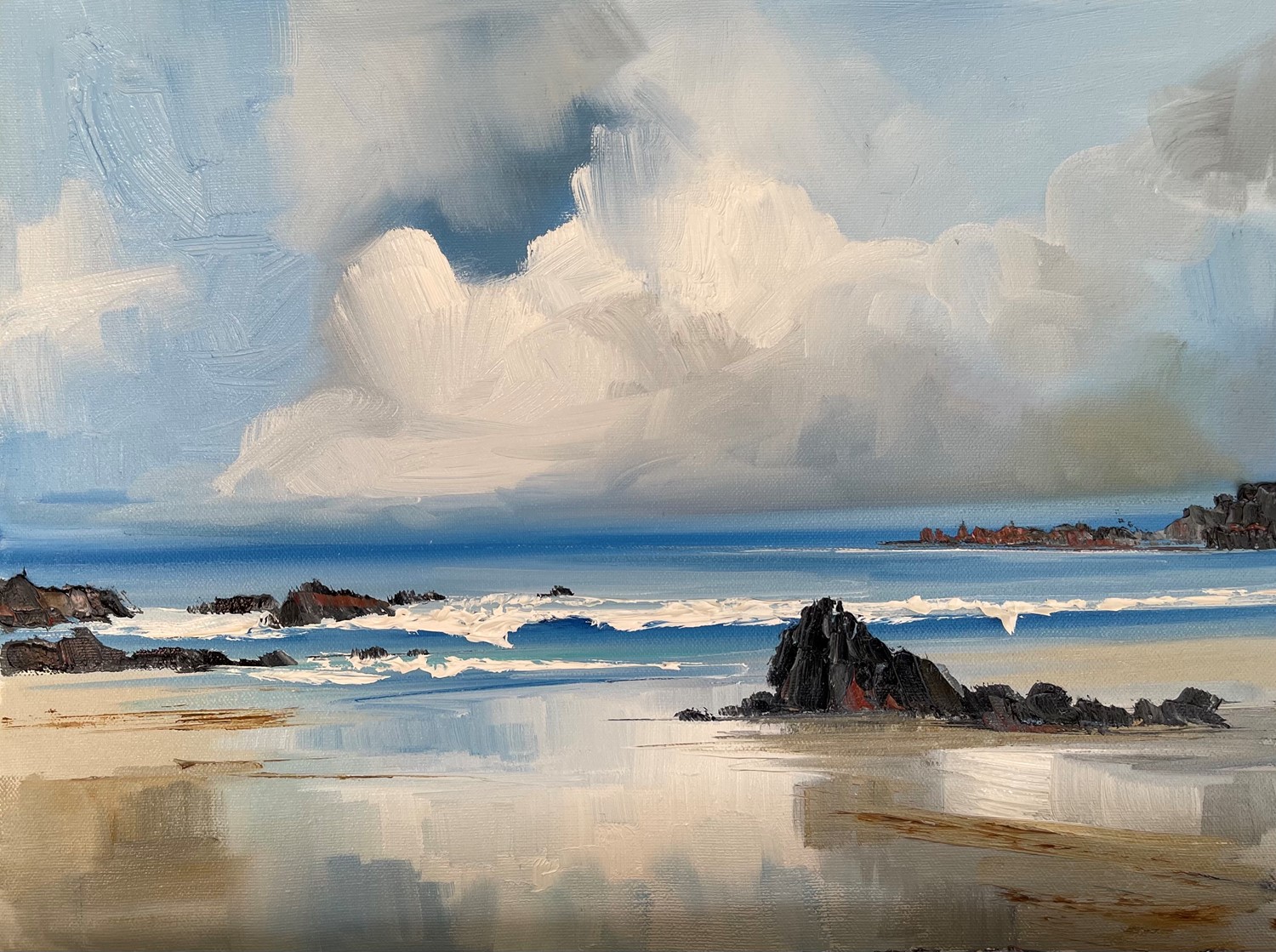 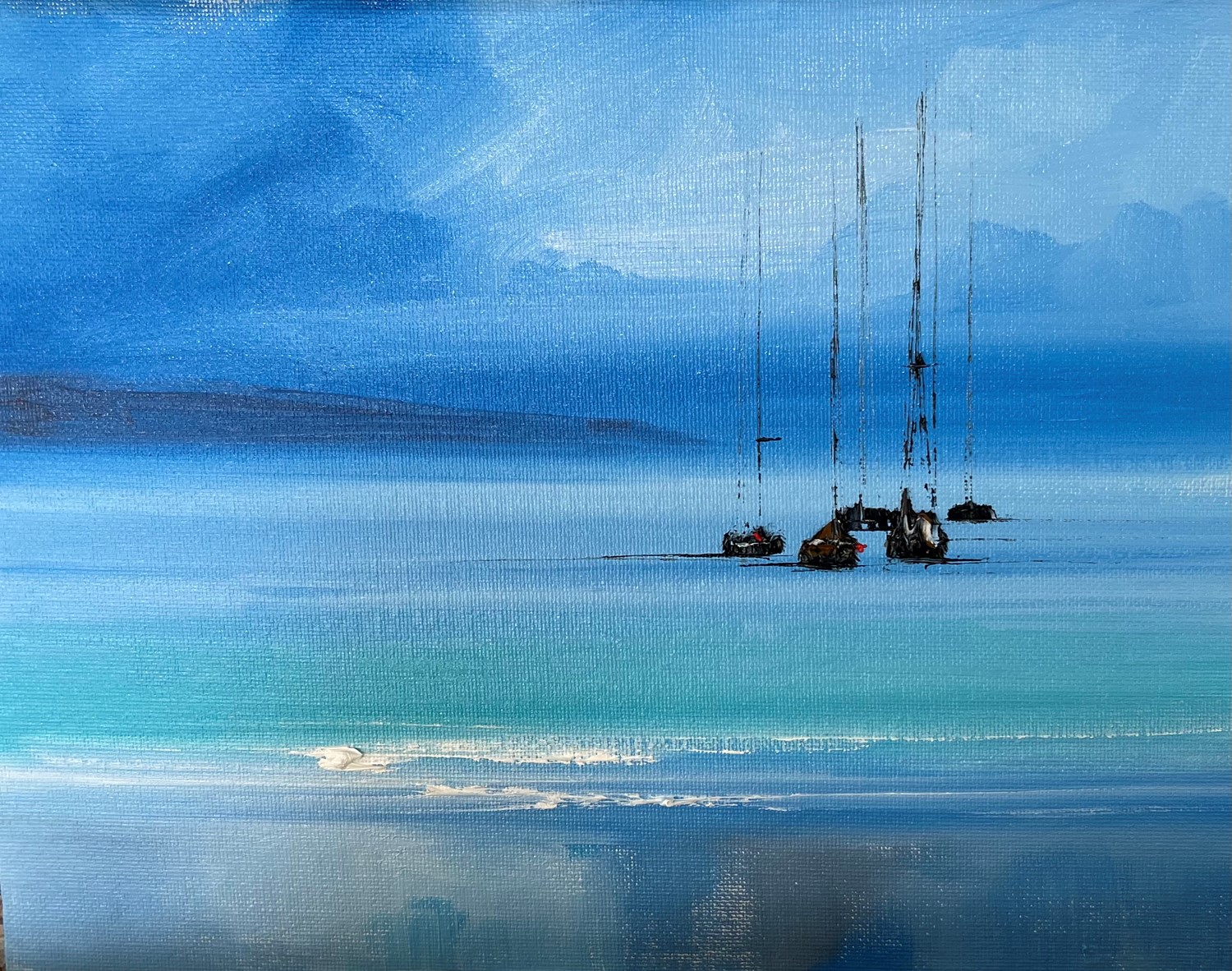 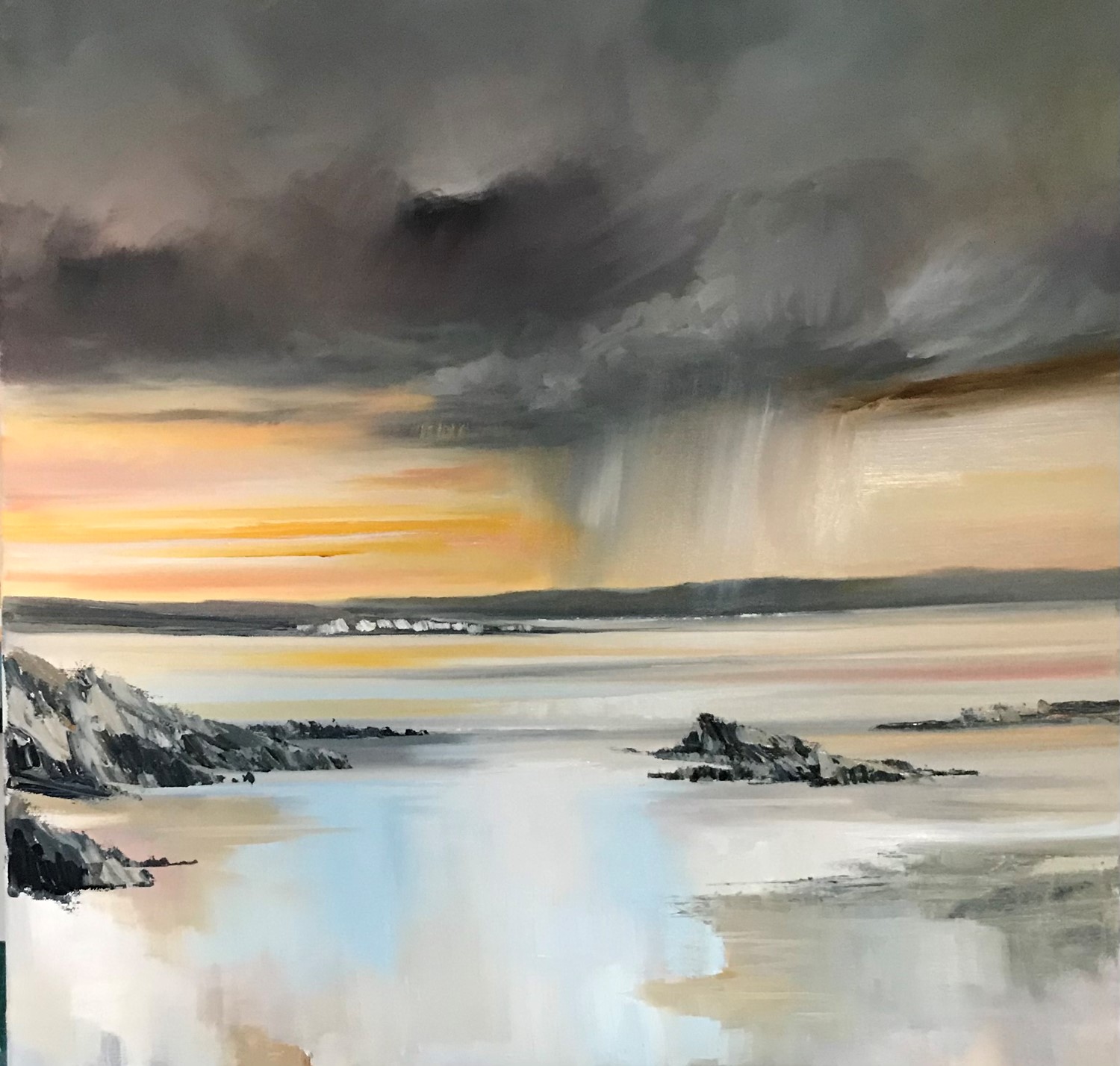 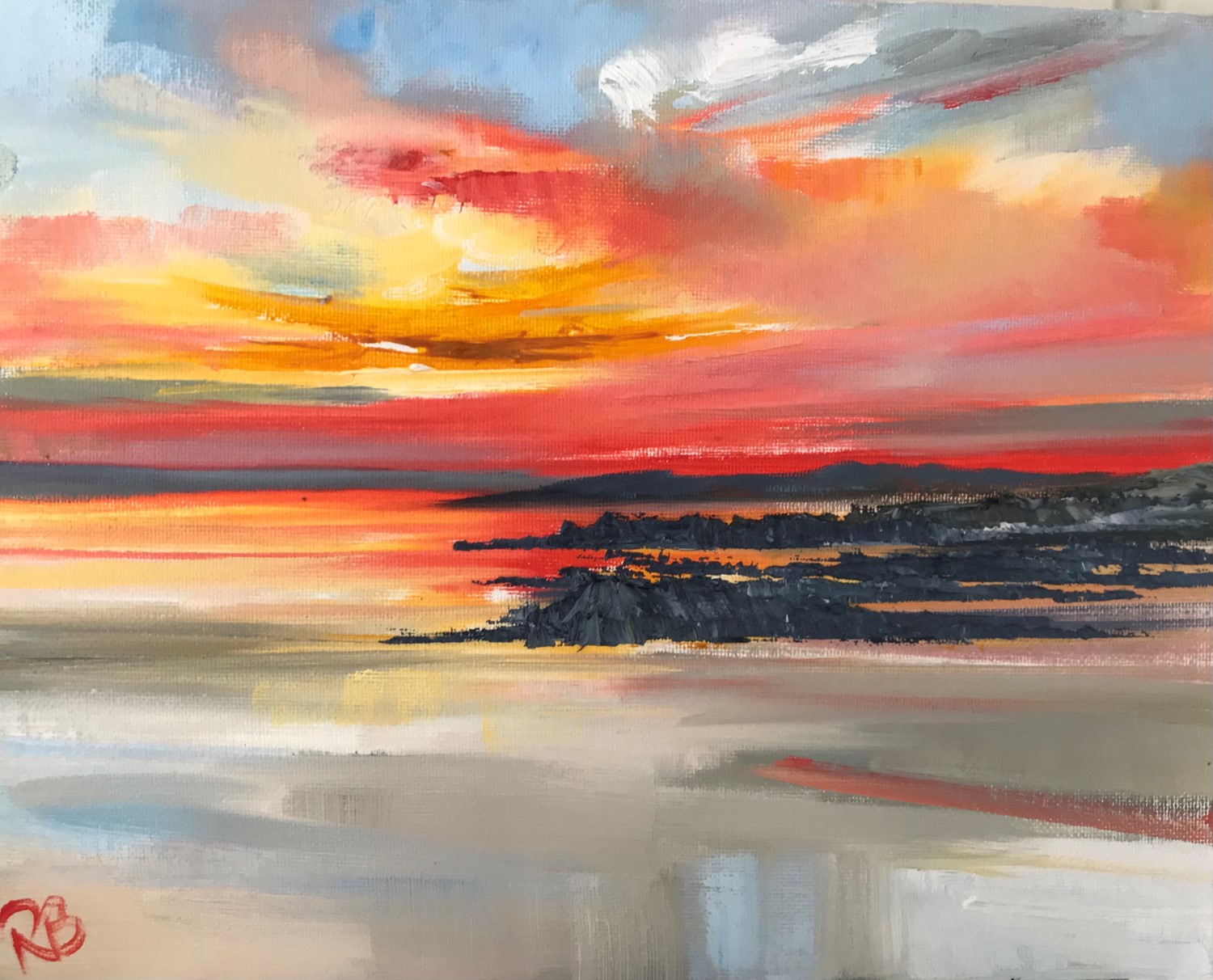 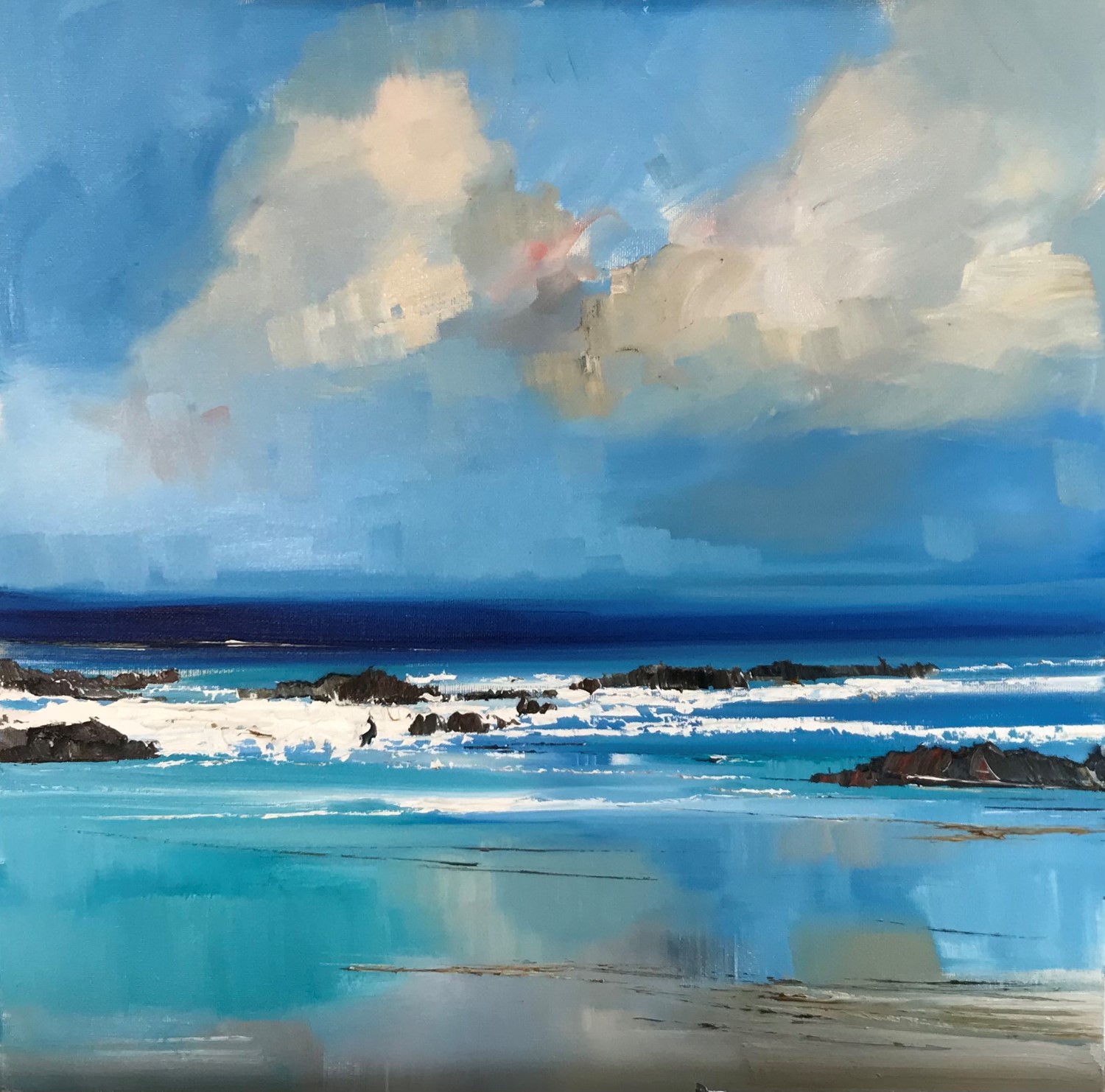 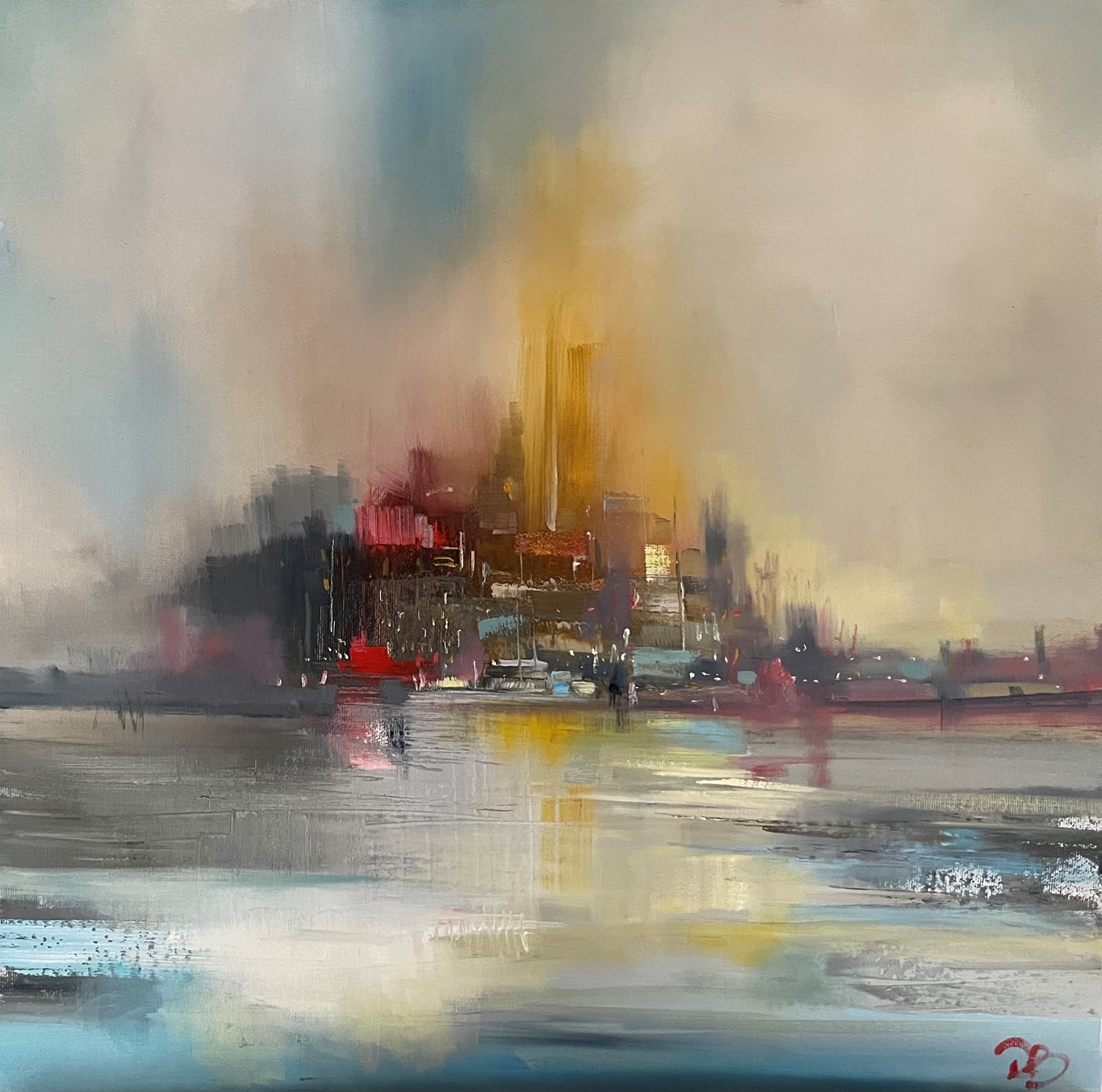 Rosanne explores and captures the mood, emotion, colours of a place, a landscape filtered through the sands of lapsed time.

These are imagined places - her Lands of Escape - but based on direct experience of the Atlantic seaboard of North West Scotland and Orkney Orkney; real landscapes of hill-top, ocean and immense, free sky. Places she still visits with her young family.

Heightened colours of sunrise, sunset, amidst calm and storm; simplified shape and blending lines are the basis of her distinctive abstract style.

Rosanne Barr was born in 1981 in the village of Gartocharn on the southern shores of Loch Lomond. While still in her teens, she became Gold Medallist at Glasgow's Kelvingrove Art Galleries youth exhibition.

Graduating in 2003 from Duncan of Jordanstone College of Art, Dundee with First Class Honours, she exhibited in London at the British Design Centre and at The Mall Galleries where she was awarded a Licentiate of Distinction by the Society of Designer Craftsmen.

In 2008 her first major solo show Lands of Home and Venture at The Green Gallery was a sell-out: ......with much critical acclaim for her: "bold brushed landscapes, deftly mixing realism, impressionism, and a dash of the Colourists. Always inspired by Scotland's landscapes". [The Herald 8.03.08]

In 2009 Rosanne was shortlisted for the Barclays TSB Jolomo Award. Her work has been selected for the Annual Exhibitions of the Royal Glasgow Institute of The Fine Arts and Paisley Art Institute.

Rosanne was selected to be the Resident International Artist at the Great Gulf Arts Festival 2012. This opportunity included giving lectures and demos to schools and the university campus, exhibiting at this major arts festival in Florida, USA.

In 2017 she was invited to Sardinia for an Artist residency, painting 'plein air' with leading artists from across Europe.

Rosanne exhibits widely across the UK with paintings in private collections around the world. A busy full-time artist, she now lives in Milngavie. Her garden studio lies close to Allander Water, the gateway to the West Highland Way and the Scottish Highlands.